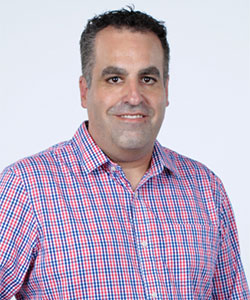 Mike co-founded Uproar PR in 2011.  Known internally as the “Big Idea Guy,” Mike regularly works with teams to come up with campaign ideas that will really move the needle. He focuses on helping clients tell their brand stories through an integrated PR campaign centered around the company goals.  Prior to founding Uproar PR, Mike was Vice President for a San Francisco-based tech PR agency.  He also spent 10 years in local and network television. Mike has produced full- length broadcasts for CBS, ABC, ESPN and The NFL Network. Mike is a lifelong Tampa Bay Buccaneers fan and a Pearl Jam fan. In his free time you’ll find him at a game, concert or riding bikes with his two daughters and wife. He is also on the executive board of the Make-A-Wish Foundation.  Mike has a B.A. degree in journalism from The University of South Florida.  The Orlando Business Journal named Mike one of the Forty under 40 in 2010 and under his direction, the agency has won Corporate Culture of the Year from Entrepreneur Magazine.