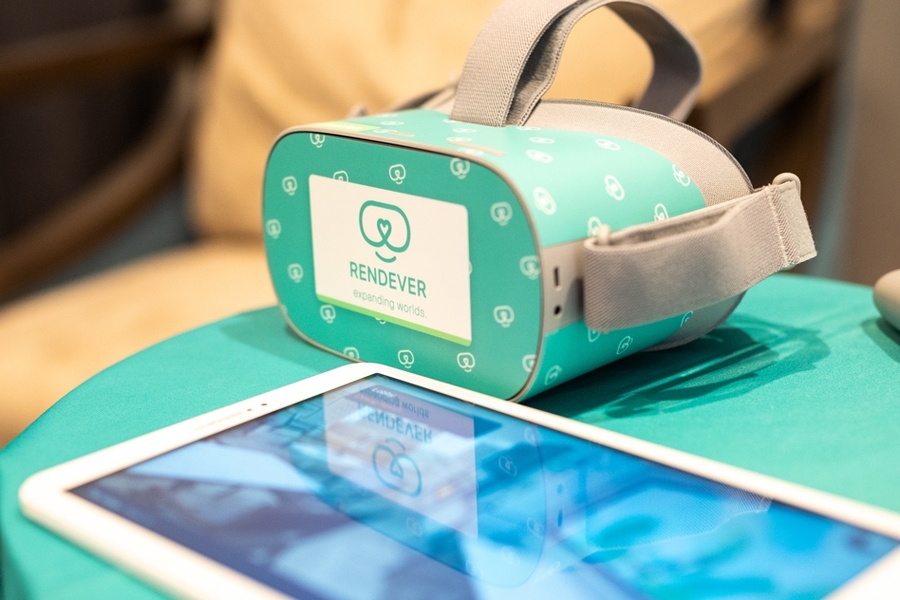 Rendever needed to secure coverage in key technology, VR and senior living trades to maximize reach to their target audience.

Uproar uses a variety of key tactics to attract Rendever’s desired audience through media relations, including:

Upon kickoff, Uproar immediately introduced Rendever and its current VR solutions to key technology, VR and senior living reporters to lay the foundation for upcoming announcements. To emphasize Rendever’s awareness of all forms of health and community, Uproar placed Rendever into meaningful conversations to showcase what they are doing to be an inclusive and supportive company.

When the Rendever team isn’t making headlines in the Wall Street Journal, New York Times, and being showcased across local television, they connect with audiences on more platforms like podcasts. These opportunities allow Rendever to use long-form discussions to tell their story to different audiences.

Uproar has researched and made recommendations for industry awards and key conferences to position Rendever as a thought leader in the VR and senior living spaces. As a result of these efforts, Rendever placed for the Inc. 5000 two years in a row, was named a TIME Best Invention of 2021, ranked as a TIME100 Most Influential Company in 2022, awarded a McKnight’s Tech Awards, won a 2021 BostInno Fire Award, and won the DRIVENxDESIGN awards by Gov Design Awards.

Uproar also provides support to Rendever’s presence at a variety of trade shows. Uproar coordinates interviews for Rendever with media to make introductions to new reporters and provide updates to those with whom CEO and Founder Kyle Rand had previously spoken. During Rendever’s attendance at CES 2021 alone, Uproar secured 19 pieces of coverage, including in top-tier tech publications like TechCrunch and ZDNet.